August 7, 2020 | John Davidson
Share
“Luck is what happens when preparation meets opportunity,” said the ancient Roman philosopher and writer Seneca, and boy was he right.

In its essence, gambling is the chasing of luck and fortune, the pursuit of fun and happiness. We play not just for financial rewards and money, but for the emotion, the thrill, the rush, the adrenalin and the chance for Lady Luck to smile on us.

The unpredictability, the uncertainty, the unknown is what draws us in. It’s not all just about an elusive pot of gold. We may win, we may lose, but we never know what it is coming next, what is coming round the corner. And that is what makes gambling fun, what makes us keep coming back.

Don’t Try to Trick a Slot Machine – It is Smarter Than You Think!

Life is about experiences; it’s about collecting experiences and memories. Gambling allows you to do that in a way that is arguably better than any other. It introduces you to new people, gives you time to remember and provides escapism from the mundane reality of life. It also provides humour in spades, to friend and foe alike.

Take a friend of mine. She swore that she could pick a slot machine about to pay off big, which was about to explode with money. Being a somewhat skeptical person, I didn’t believe her and figured her string of three straight nights coming back from the casino with more cash than she started with was just luck.

So one evening she convinced me to go with her so she could show off her slot machine special power. I went along, thinking that I would be right there to see her luck to run out, ready with a ‘told you so’ mantra. Except, to my massive surprise, she won. She was playing three slot machines at once when she pointed to a machine, gave me some coins and told me to go do a max play. Within three spins miraculously the machine didn’t pay out. 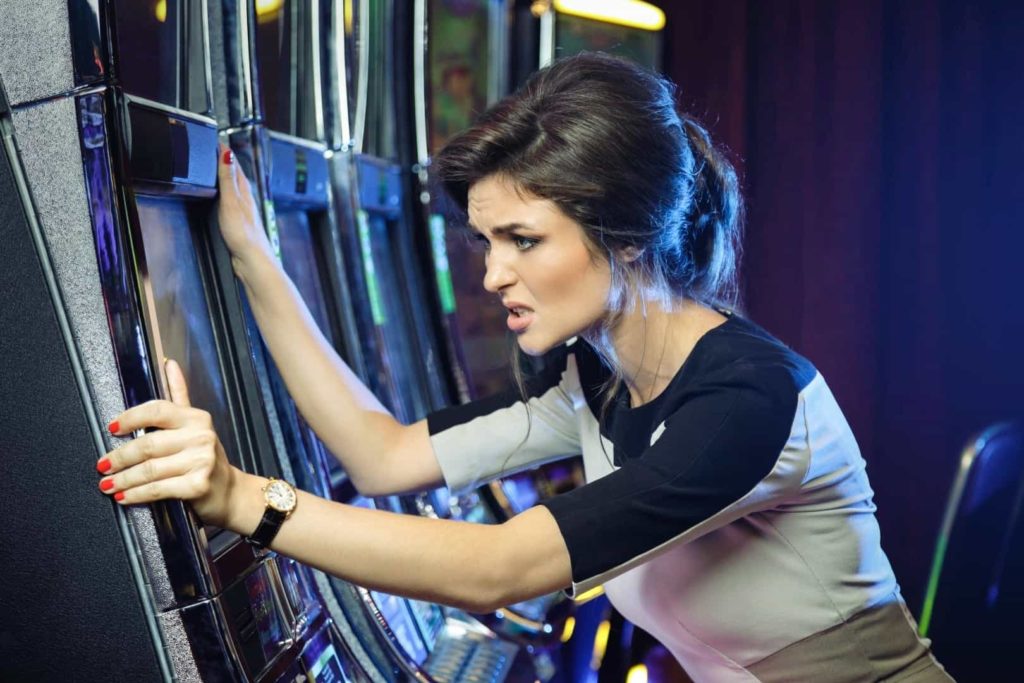 She ended the night up 20 dollars. I end up losing about the same but gaining a deep and abiding sense of confusion about how, exactly, she knew that machine was about to pay off. Like it was talking to her as a special friend. That is the unique allure of gambling. It talks to us in ways some can’t imagine.

How to Save a Company Playing a Blackjack

We all like to win and be competitive, and gambling combines both with relish.

As Paul Newman said in the film The Color of Money:

“A dollar won is twice as sweet as a dollar earned.”

This is why gambling is as old as the hills; it goes back before written history to 3000 BC. In Mesopotamia, they used six-sided dice; in China, it was lotto games and dominoes. As long as there have been human beings, there has been gambling.

It has also been the saviour and bane of businessmen and brands alike. Take the company FedEx. Founded in 1971 as Federal Express Corporation by Frederick W. Smith, FedEx was the original courier company. It has operations in over 200 nations and looks after close to a billion packages each year. Three years after its launch in 1974 the company was left with nothing more than $5000 in its bank account.

So the owner Frederick Smith went to Las Vegas with the last $5,000 thousand that the company had left. While there, Smith played blackjack consistently for several days. From that $5000, he turned it into $27,000.

This did solve all of his problems, yet it allowed Smith time to find investment and to get FedEx back on its feet. He raised $11 million, and by 1976 FedEx had a profit of $3.5 million. Now the company has a revenue of a staggering $65.450 billion, all from a punt made by Smith.

One of the Biggest Losses in the History of Gambling

Another famous gambler was the Australian billionaire Kerry Packer. A media tycoon, Packer owned and operated TV stations, magazines and newspapers in his native country. He liked to bet and bet big. Packer was known among gamblers for his huge loses and wins on card tables worldwide, a whale if you will. 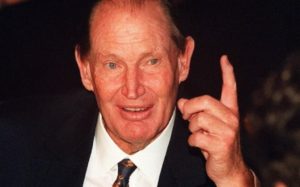 One urban legend is that the Antipodean blew $28 million – yes, that’s right, $28 million – gambling at a casino in England over three weeks. Some have described it as the biggest gambling loss in British history. Whether it is or not, it is a mouth-watering amount.

But did that loss stop Packer gambling? Not at all. He continued with great zeal.

Another tale has that one time. The businessman won a staggering $33 million at a casino in Las Vegas. He sent another casino in the UK broken after he won millions in blackjack. Packer just loved to gamble, and continued to whether he won or lost. The Australian also knew the fun of gambling and liked to share that fun around when he won.

Some think gambling is all about winning, but it’s not. Games of chance and fun produce endorphins, which make your body feel good. It’s excitement and entertainment, it’s what we crave for.

Winning money is just a side product, not the be-all and end-all. Gambling is about so much more. Take the story of one of my friends who met an older man in a poker room. After a while, the older man asked my friend if he played golf. My friend said he did not. The older man said he used to but later found out that bowling had air conditioning. 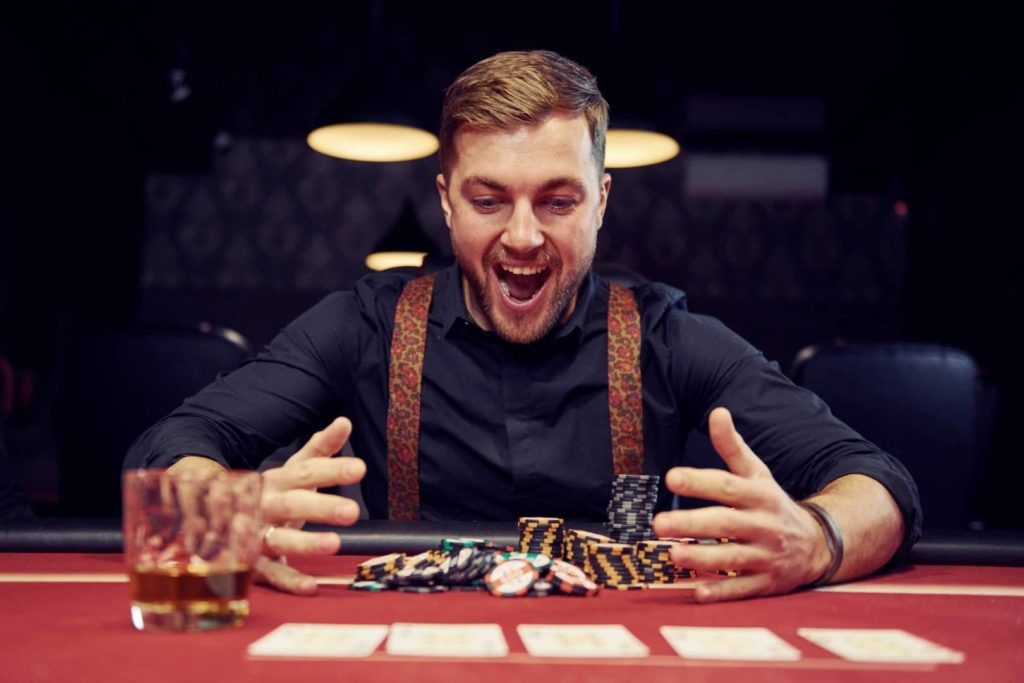 He may have missed the point, but he never lost his sense of humour, his idea of fun. It is gambling’s greatest gain, so don’t you forget it. 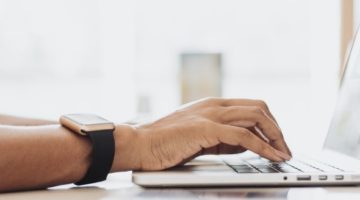 How Can Gamblers Spend Less Time at the Computer and Improve Their Health? 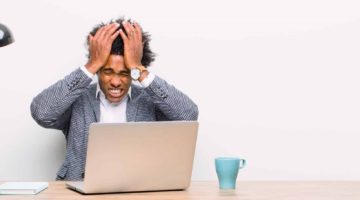 Use These Methods To Quickly Calm Your Nerves

The Effect Of Alcohol On Your Play May Not Be As Positive
What Does a Gambler Need Bankroll Management For?
08 28 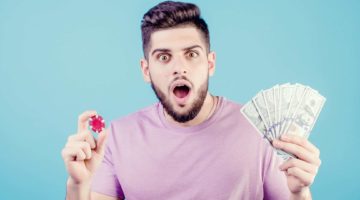 Common Types Of Gamblers. What Makes Us Like to Gamble?

Pump Up Your Gambling Skills With a Powerful Set of Tutorial Books
How to Play Bingo? 5 Easy Steps!