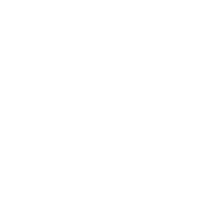 Royal Panda Casino promotes itself as an online casino that keeps players entertained and feeling appreciated. Canadians will feel a certain amount of appreciation when they claim a welcome bonus, and the abundance of games will surely entertain them. There is plenty to like about Royal Panda, including their regular promotions and the sportsbook that accepts bets from Canadians. However, the site also has a few shortcomings that would make the site a lot better if remedied.

Royal Panda Casino operates in the United Kingdom under a license issued by the Gambling Commission. The site is licensed and regulated by the Malta Gaming Authority everywhere else. Royal Panda accepts players from a small number of countries, including the UK, Canada, and New Zealand. The full list of accepted countries is found in the terms and conditions.

It’s safe to say that almost any online gambling site that possesses licenses in Malta and the United Kingdom is worthy of your trust. License holders in these jurisdictions are subject to stringent conditions and must operate honestly, transparently, and with integrity. Sites are required to keep player funds and working capital in separate accounts, which keeps your money safe and available at all times. Some of the most reputable software developers like Microgaming, NetEnt, Genesis Gaming and Evolution Gaming, provide the games at Royal Panda. All the games are certified 100% fair by respected third-party testers.

Players need not worry about their personal or financial details being compromised. Royal Panda uses 256-bit Secure Socket Layer encryption from Comodo to keep all transactions confidential. Any employees who have access to your information must abide by the site’s privacy policy and the Maltese Data Protection Act. You can learn more about Royal Panda’s security and privacy policy by visiting the site or contacting customer service.

Desktop and laptop users can enjoy everything the site has to offer without needing to download any software. Just click on any game to have it load instantly in most browsers. Similarly, those who use an iPhone, iPad, Samsung Galaxy, Android or a similar device can immerse themselves in the Royal Panda mobile experience. Just visit the site using your mobile device to do everything from signing up, claiming bonuses, and depositing to playing the games, contacting customer service, and cashing out.

Play’n Go is one of the latest software developers to partner with Royal Panda, which means you can now play popular slot games like Moon Princess, Gemix, and Book of Dead. Microgaming, NetEnt, Barcrest, and NextGen Gaming are some of the other highly regarded developers that combine to give Canadians hundreds of slot games, table games, specialty games and virtual sports. At the same time, Evolution Gaming provides the power behind the live casino.

Anyone who wants to bet on sports without waiting hours for results can bet on over a dozen different virtual sports games like Instant Football, Virtual World Cup, Virtual Horses and Virtual Greyhounds. The action is entertaining, and the games are over within minutes. Aside from multiple variants of casino staples like Baccarat, Blackjack and Roulette, Royal Panda also offers a nice variety of table games including Monopoly Live, Dream Catcher, Super Sic Bo, and Football Studio along with Caribbean Stud, Casino Hold ‘em, and Three Card Poker. Whichever game you are looking for, Royal Panda probably has it.

Players can click on the “Help” tab on the right side of the screen to access the FAQs and the support team. The good news is the support team can be reached by email, live chat or by telephone. The bad news is they aren’t on duty around the clock which can lead to some inconvenience and frustration.

Royal Panda, which is owned and operated by Royal Panda Limited, launched in 2014. The site’s founders envisioned an online casino with superior customer service, unique bonuses with reasonable conditions, and a user-friendly interface. Royal Panda Ltd entered into a sponsorship deal with Queens Park Rangers F.C. a few months before being acquired by LeoVegas for €60 million in 2017.

Royal Panda is pretty good. Works on mobile, so I can game wherever. I don’t like that PayPal deposits don’t qualify for bonuses but you do get 100 free spins so it kind of evens out. I haven’t won big, but I have one, and pretty often.

Don’t make the same mistake I did. I opened an account and used Skrill to make my first deposit. I couldn’t figure out why I couldn’t get the welcome bonus. I took a look at the fine print and discovered Skrill deposits don’t qualify. Of course, had I read the terms and conditions I would have used my credit card or some other option. I admit it’s my fault but it’s still very frustrating.

Good welcome bonus, lots of promotions, and loads of games. I used live chat to ask customer service about deposits and withdrawals and they responded within a couple of seconds.

Maybe it’s my internet but it seems like the casino takes some time to load sometimes? Otherwise my experience’s been positive so far. Lots of games, easy to navigate.

Can I be honest? I love pandas, and seeing the mascot inspired me to give this casino a shot. The website looks equally beautiful, and the registration process is fast and smooth. The United Kingdom and Malta gambling authorities both confirmed that I could trust the website. The deposits are instant, and withdrawals reasonably fast, which is another point in favor of Royal Panda.
The welcome bonus now involves up to $1,000 and 10 free spins. It turns out that these free spins are intended for my favorite slot game – Book of the Dead. The library is filled with games from other developers, including NetEnt, Microgaming, Barcrest, and NextGen Gaming. The live gaming section combines popular casino games with Dream Catcher, Monopoly, and even TV show-based games!
Royal Panda is based in Europe, which is why the Canadians won’t appreciate the working hours of customer support. You can only reach them from 4 PM to 7:30 AM the next day.
Fortunately, lacking the 24/7 support is the only thing that Royal Panda Casino misses. The impressive gaming selection, welcome bonuses, and loyalty promotions, and mobile compatibility are all reasons why you should try it!