Home >> Tips >> TORONTO BLUE JAYS: Do You Know Everything about this Team?

TORONTO BLUE JAYS: Do You Know Everything about this Team?

Based in Toronto, Ontario, the Toronto Blue Jays are Canada’s only professional baseball team. They play in the East division of the American League (AL), one of two leagues that make up Major League Baseball (MLB) in North America. Currently, the Blue Jays are owned by Rogers Communications. 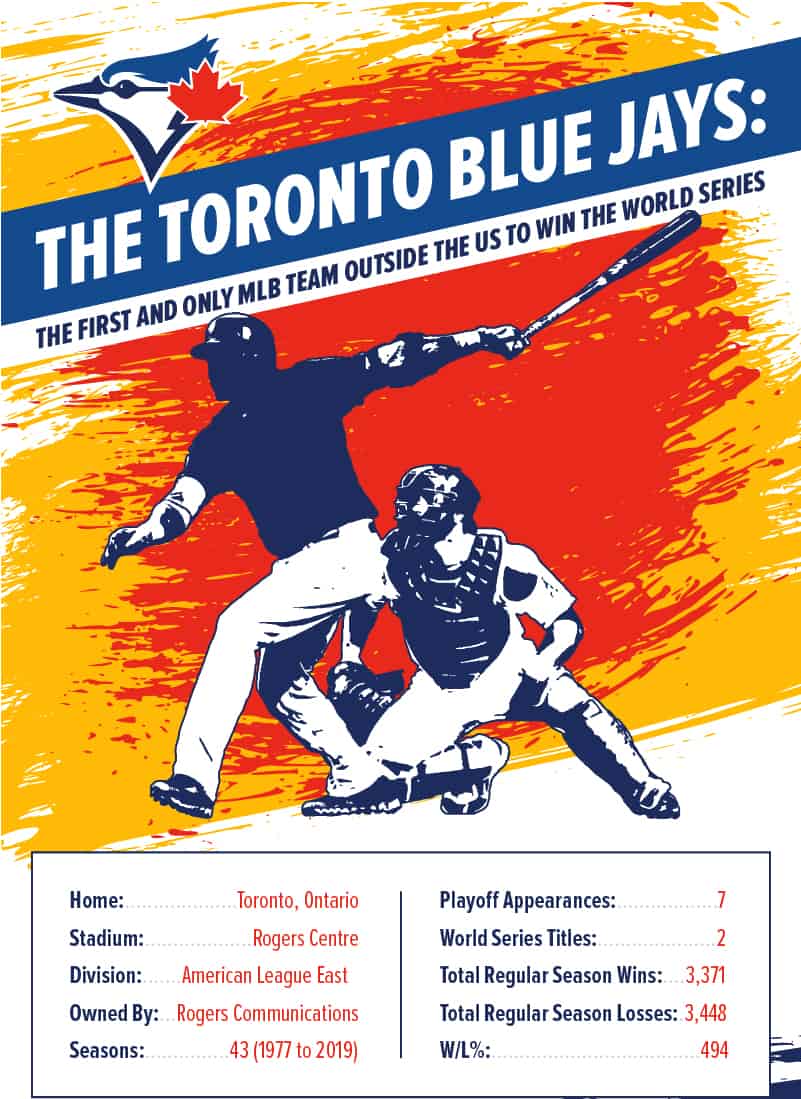 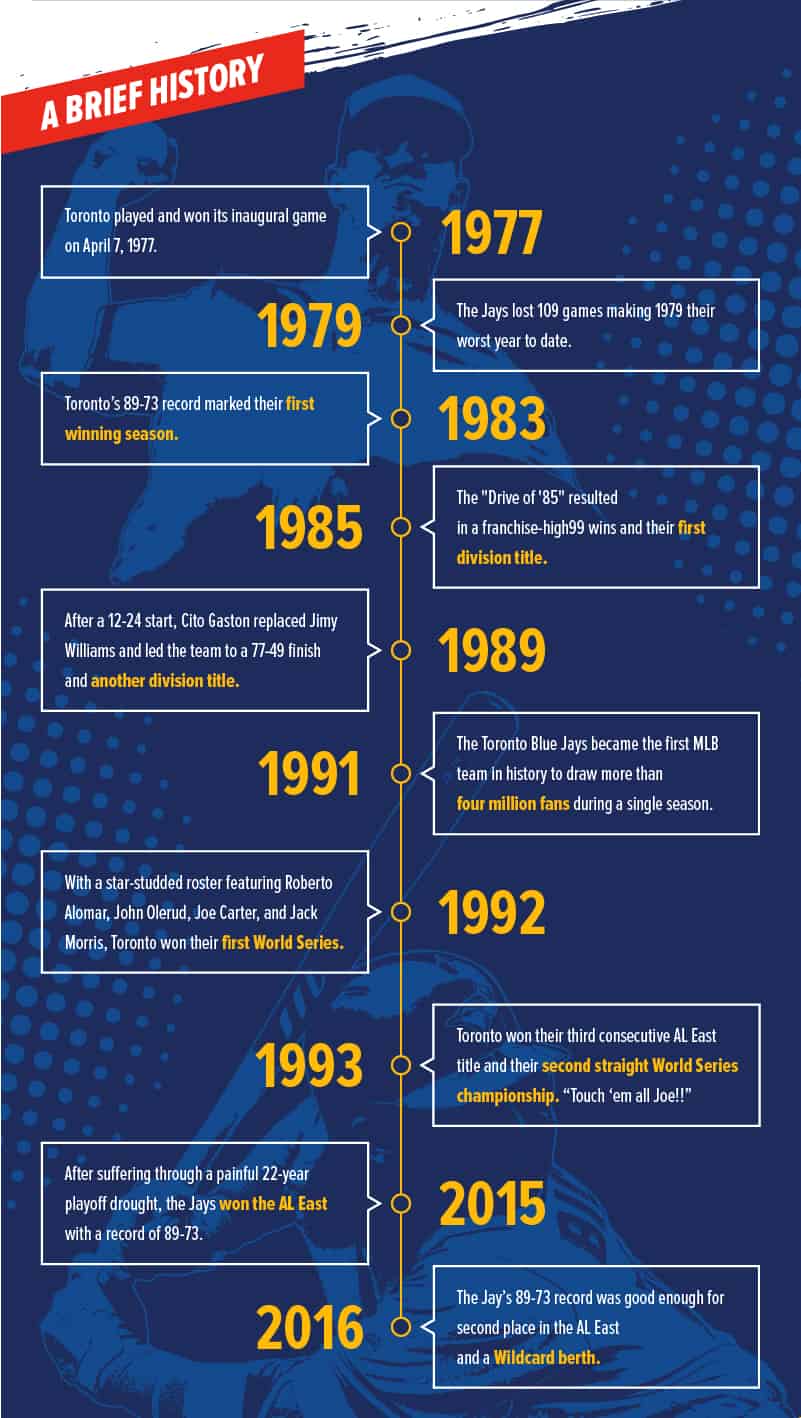 The Blue Jays are the only MLB team outside the US to appear in and win the World Series.

The Jays are also the youngest expansion team in the American League to win the World Series. The team had only been around for 16 years when they won it all in 1992!

Cito Gaston became the first black manager to win the World Series when he led the Jays to glory in 1992.

As of the middle of the 2019 season, they were one of only two Major League franchises that have been undefeated throughout multiple World Series appearances. The National League’s Miami Marlins are the other team.) in North America. Currently, the Blue Jays are owned by Rogers Communications.

Jays in the Hall of Fame

Eight former Blue Jay players have been elected into the Baseball Hall of Fame.

In 1987, outfielder George Bell was the first Blue Jay to be named the American League’s Most Valuable Player. He finished the season with an impressive .308 BA, 47 home runs, and 134 RBIs.

The oldest player to ever suit up for the Jays was LaTroy Hawkins. Toronto was Hawkins’ 11th and last Major League team when he came over from Colorado in 2015 at the age of 42. At the time of his retirement in 2015, Hawkins was the only active player to be a member of the 1,000-games-pitched club. He was also the oldest active player in MLB at the time.

Roberto Osuna was only 16 years old when the Toronto Blue Jays signed him. He made his Major League debut in 2015 at the age of 20 and became the youngest pitcher to reach 100 career saves.

Only one Blue Jays pitcher has thrown a no-hitter. Dave Stieb accomplished the feat on September 2, 1990, in a 3-0 road win over Cleveland. Coincidentally, Stieb had failed in three previous no-hit bids with two outs in the ninth inning.

Bo Bichette is the only player EVER to record 15 extra-base hits in his first 15 games!

2019 World Series Champion? What Are the Odds?

Unfortunately, it’s not going to happen in 2019. As of September 4th, Toronto has 23 games remaining on the schedule. They are 35 games out of first place in the American League East and 25 games out of a Wildcard berth. Entering the season, bookmakers listed Toronto at +7500 to represent the American League in the World Series. They were a +20000 long shot at winning it all.

The Toronto Blue Jays in the Community

The Jays actively advocate a level playing field for all children and youth across Canada. To promote their ideas, they created the Jays Care Foundation along with the Jr. Jays™ Club presented by Boston Pizza and the Jr. Jays™ Sundays and Weekends initiative. Kids 14 and under can participate in many fun activities and get in touch with their sports idols.

In 1987, outfielder George Bell was the first Blue Jay to be named the American League’s Most Valuable Player.