Recent facts show what men and women who play prefer when it comes to the excitement. The landscape of gambling has changed so much over recent years, with more players online and greater access to a mindboggling variety of games, however, you want to play. What drives players to part with their hard-earned cash and how they like to play are fascinating elements within the whole psychology of gambling. One area of the gambling mindset that gets a lot of attention, though, is subject to a lot of misconceptions: is gambling split along gender lines?

With so many bricks-and-mortar venues and the massive expansion of online casinos in Canada, the gambling world is more open and democratic than ever before.

It’s certainly not the (mostly) male preserve it used to be.

And men and women, both, are drawn to gambling for a lot of the same reasons: social, financial, and fun. In this article, we look at five factors to help dispel a couple of myths about gender-based gambling habits – a bit of food for thought with a few stats included.

It’s not an unreasonable assumption to think that men and women prefer to bet on different things. Take sports betting. Just look in any sports bar and you’ll most likely see more groups of men involved in watching the game than women, so the social / cultural aspect can overspill into the casino and the online gambling world.

And for casino games, a recent survey showed 27% of men favouring roulette, compared to 19% of women.

Ostensibly, women prefer to play more online bingo and slots that men do – again, that social / cultural aspect – while men are more drawn to traditional casino games as well as betting on horse racing or soccer. 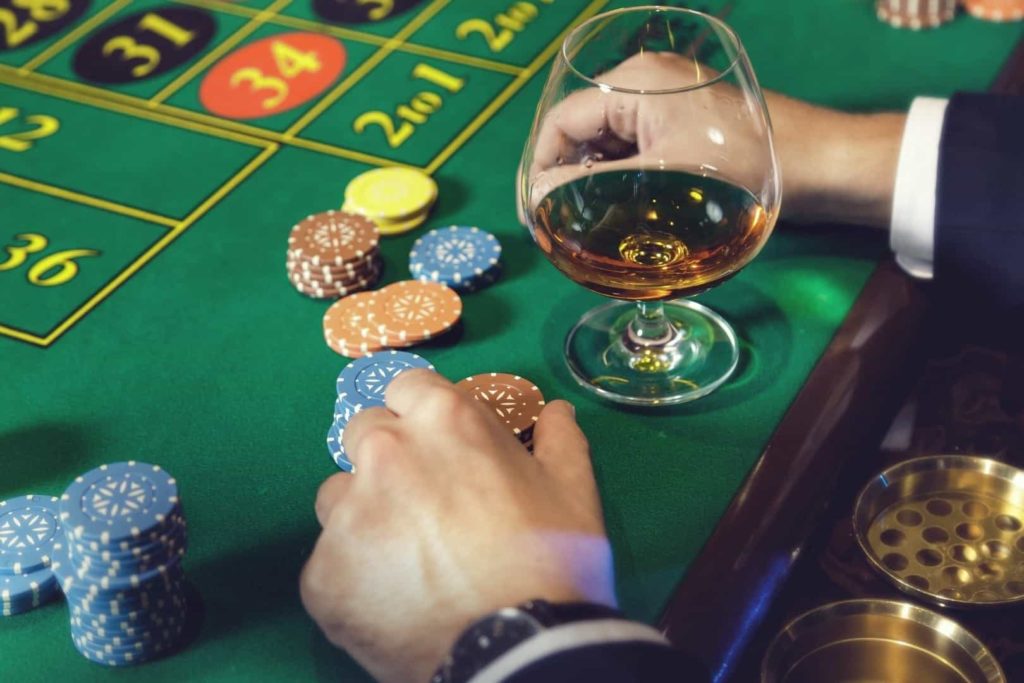 But – and this is a big but – a 2018 survey in New Jersey found some very interesting differences between men and women when it comes to sports betting. And these findings could be worth thinking about, for both sexes.

The study by 888 Holdings found that women outperform men in sports betting:

Whether this is down to women being less likely to care about loyalty to a team – that social/cultural aspect, again – it’s certainly food for thought for women who’ve maybe never considering sports betting, and for men, who could possibly benefit from a change in tactics.

In it to win it

Maybe not surprisingly, money is a motivator for men and women alike, and one survey indicated that 54.9% of women and 56.6% of men choose to gamble online for this very reason.

Attitudes are changing with the increase in online casinos, with how people feel about gambling.

Arguably, some women initially feel ashamed about gambling online as it has not, traditionally, been a widely-accepted female hobby in society, whereas men are more comfortable with their betting habits.

Also, on average, men appear to spend more on gambling per week than their female counterparts. This is very much a case of men playing as and when they are available rather than choosing a designated time during the day to gamble.

When it gets to the professional level, though, things can get interesting when it comes to attitudes to money and what it means to win. Vanessa Selbst – the highest-earning female poker player of all time – apparently used to come out of tournaments thinking she was a loser, putting it down to her “perfect combination of anxiety and perfectionism.”

And that’s with winnings of $11.6 million by the age of 31, with three WSOP bracelets to her name, and the only poker player – male or female – to win the same North American Poker Tour Main event back-to-back. So, even knowing that the best poker players lose more than 95% of the time, the issue of winning – and winnings – is not so straightforward for women or men.

The thrill of winning big is a pull for many players. It’s generally thought that men lean more towards:

While women gravitate towards:

This could be seen as a difference in perception between games of skill and games of luck. The thinking is that men want entertainment that makes them feel more in control, where they have more opportunity to influence the outcome, and this makes a win that much more rewarding. Women, it’s suggested, look more for the social element of entertainment. Or so the thinking goes.

Perhaps all is not as clear as it seems, regarding risk. Games like blackjack and poker feed off an innate ability to keep calm under pressure, to strategize effectively, and men have historically thrived in these high stakes arenas. But with poker, we know the stats regarding losing – however much you strategize. And Annette Obrestad certainly doesn’t seem risk-averse with her $4 million poker tournament winnings. In 2007, she reportedly won a $4 buy-in 180-people online sit and go tournament without once looking at her cards.

One seriously big modern gambling payout comes from a very risky strategy, with a huge gamble by Denise Coates, CEO of bet365. Describing herself as the ultimate gambler, Coates and her brother mortgaged their family-owned betting shops to launch a start-up. That little company started in the earliest days of online gambling and took £525 million in 2017, giving Coates a £199 million paycheck for the year. The UK’s Sunday Times Rich List – a barometer of all things seriously wealthy – puts Coates’ personal fortune above that of Richard Branson.

How men and women react to their gambling wins – and their losses – can seem markedly different. Men seem to be more aggressive and lash out when they suffer big losses, whereas women can seem more inclined to verbalize and express their emotions.

Interestingly, the level of aggression displayed by men can be equally apparent when they win. And this can lead to heavier betting – when on a roll – ultimately, leading men to bet more. 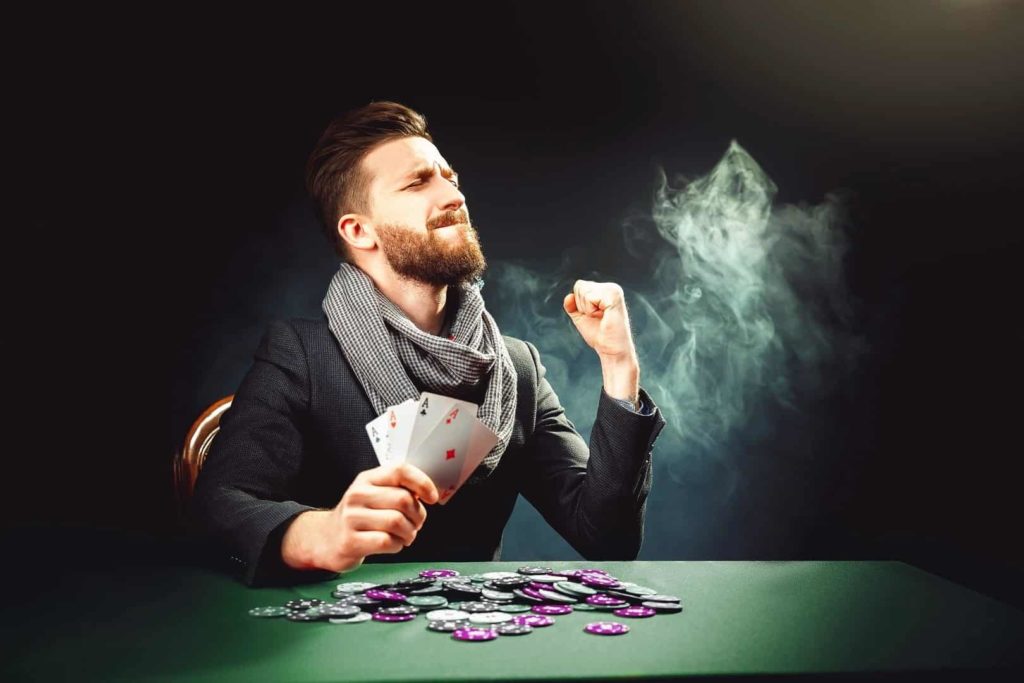 Women, however, are more restrained in the online gambling world, more likely to cash out when they win big. This might be because women are more likely to be skeptical about the odds of a game, so they are happy to walk away rather than boost their winning streak.

As the world of online gambling, especially, continues to grow and develop, these gendered responses may change, but, for the time being, it does seem the differences between the sexes hold true. A recent major Australian study described women as “more emotional” when they were losing and “more likely to cry or display visible signs of elevated sadness.” Men, meanwhile, were found to be “often striking or even kicking a machine.” They also tended to be rude to casino staff, and often displayed “territorial” behavior to claim possession or dominance over certain machines.

Understanding loyalty is rather puzzling, but the move to the online world has changed the concept of loyalty, significantly – for fairly obvious reasons.

Over 35% of female participants in one survey said they stick to just one betting site, while 35% of men play on two sites. Less than 10% of each sex regularly plays on six sits or more.

Some men will always be on the lookout for the best casino bonuses, while some women prefer engaging with a site that offers more authentic gameplay. It could be that the bonuses are more relevant for any player who is thinking about playing on a site for the long haul, to maximize the chance of making the most out of the bonuses on offer – which makes sense when statistics show that men tend to spend more time gambling than women and are also less likely to walk away when either on a winning or a losing streak. And, if women are still more inclined to play bingo online, then the social aspect could be keeping them more loyal to just a few sites.

All that said, society is always shifting, and the online gambling world continues to grow and develop.

As gambling becomes a more acceptable pastime for women, the stereotypes around gambling behavior will be broken down. As the sports betting survey shows, such stereotypes are hardly an accurate representation of actual winnings and losses between the sexes. And maybe ordinary female gamblers will start to enjoy some of the successes of their professional gambling sisters.