When the topic of Sweden comes up, many Canadians think about Vikings, Ikea, and their world-famous bikini team. However, another Swedish team has made its mark in recent years. No, we’re not talking about their men’s ice hockey team that Canada beat to win their last Olympic gold. We are referring to the team at NYX Interactive, which has been producing an array of highly-rated casino games for over 10 years. NYX Interactive’s partnerships with other software studios and top online casinos have made them one of the most recognizable names in the business.Read more 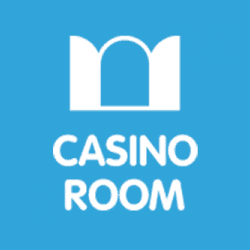 8 Casinos found based on your Search. Showing 1-8

NYX Interactive has licenses in some of the most respected jurisdictions, including the United Kingdom, Isle of Man, Gibraltar, and Malta. In 2017, British Columbia became the third province behind Nova Scotia and Quebec to allow NYX Interactive to provide sportsbook services and casino games to their provincially run gaming operations. Additionally, an agreement with Atlantic City’s Resorts Casino has given NYX Interactive a foothold in New Jersey. Expect them to enter other American states as legalized gambling spreads throughout the United States.

NYX Interactive allows only those who live in countries where online gambling is legal to play their games for real money. However, people in restricted counties are free to play their games for fun. Canadians should know that NYX Interactive gives partnering online casino operators the flexibility to choose which games they want to offer. Therefore, you might not have access to certain games at some online casinos.

Casino software studios don’t receive licenses in jurisdictions like the UK, Gibraltar, Malta, and the Isle of Man without proving they are trustworthy and comply with their strict standards. These gaming authorities thoroughly scrutinize all facets of an applicant’s operation, and they continue to monitor them after the licenses have been granted closely. Furthermore, approved third-party testing agencies conduct rigorous audits on every NYX Interactive game. This ensures the games are 100% fair.

NYX Interactive games have vivid graphics, sweet sounds, and they run seamlessly on desktops and mobile devices. For the past several years, they have released every new game on both platforms. These games are configured for instant play, although many online casinos provide software and apps for those who want to go that route. Either way, NYX Interactive guarantees an exciting experience. While using your iOS or Android device gives you the freedom to play from almost anywhere, NYX Interactive has not yet adapted some of their earliest releases to the mobile platform.

Unlike some other providers that only focus on producing slot games, NYX Interactive covers the full gamut. One of their most popular 3D slots is Foxin’ Wins, which has 5 reels and 25 pay lines. With 5 reels and 20 pay lines, Tiki Treasure has the potential to make you $400,000 richer. There are also several video slots like Mad, Mad Monkey and Medusa Slots that are products of NYX Interactive’s collaborations with other software studios such as NextGen.

On top of their slot games, NYX Interactive offers popular casino table games, including several Roulette variants, Blackjack, and Baccarat. Moreover, they have a good selection of casino card games like Let it Ride and Red Dog along with a few video poker titles and scratchcards.